Overwhelmed by a Messy Space? 3 Quick Tips to Get Your Home Under Control

Do you feel peaceful and energized in your home? Or are you stressed out, unhappy and overwhelmed?

If you’re like most of us here in Silicon Valley, you’ve got too much stuff and you’re not sure what to do to get the mess under control. But you can do it, and it’s easier than you think.

Here’s some surprising good news: the more out-of-control you feel now, the easier it is to make a big difference.

That’s right. If you’re feeling frustrated now, you can soon feel lighter and more peaceful in your home by following these three steps. Bonus: it won’t take very long.

1. Garbage Makes You Grumpy — Get Rid of It

Junk just sort of collects, and it weighs you down mentally. So the first and easiest step is to get rid of it. Just grab a big garbage bag and start going room by room. Gather up all the garbage you can find — old magazines, broken things, packaging — and throw them away. You’ll instantly feel freer and more in control.

2. Recycle Your Recyclables — The Earth Needs Them

Do yourself and the Earth a favor and recycle those recyclables.

If you’re an Amazon customer, you might have a lot of boxes lying around. Gather those up — we’ll be using some of them later — but put everything else in the recycling bin.

Don’t forget to recycle any “useful” jars you’ve been saving. If you’re not using them, they’re not useful. If you end up needing them later, there are plenty more at the store.

Use some of your boxes (or a clean garbage bag) and gather all those old clothes, unneeded things and duplicates and give them to charity. All those things that are cluttering your house and making you miserable could be making someone else happy. You’ll feel happier and more peaceful without them.

And Now for the Small Print

These are three great ways to quickly start getting a messy home under control. They’re easy and some people even find them fun. But … you might not be one of those people. And these steps are only the very first steps toward an organized home. So, what should you do?

Everyone deserves to have an inviting, tidy home, but not everyone wants to spend their precious time organizing. I’d like to help you. I can work with you to do these three steps and then we can move on to sort, store, organize and develop systems to make your home a truly organized and peaceful place.

If you’re in Silicon Valley, I invite you to call or email me and set up an initial consultation so you can start living the organized and inspired life you’ve been secretly hoping for! 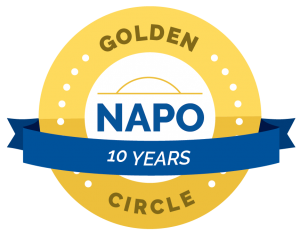 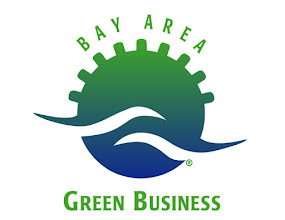